Sign-ups are underway for the first Museum Charity Seminar this February
January 30, 2013

The Martial Arts History Museum is proud to present the CELEBRITY CHARITY SEMINARS! 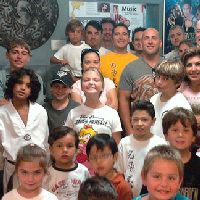 First of its kind Museum opens in Burbank

Opening it doors to the public this month in a city surrounded by movie studios, is the world's first Martial Arts History Museum.  An educational facility, the museum explores the artistry, tradition, history and culture of Asian forms of martial arts.
Categories: Events
1 2 3 … 21 22 23
Showing 221 – 223 of 223 Items