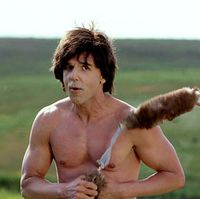 BURBANK -- Making a special appearance at Burbank’s own Martial Arts History Museum is director and screenwriter, Steve Oedekerk. In combination with a special VIP Screening of his huge cult-following martial arts film, Kung Pow: Enter the Fist, Oedekerk will be bringing a number of props from the film as well as participate in a Q&A about his work. The event, which is a fundraiser for the Museum, will take place Saturday, January 18 at 5 pm.

Oedekerk’s work includes a number of blockbuster films beginning with The Nutty Professor, Ace Ventura, Patch Adams, Bruce Almighty, Jimmy Neutron: Boy Genius, Back at the Barnyard, Thumbwars and many more. In 2002, he was nominated for an Oscar for his work.

Included in the Q&A is one of the most notable stuntman and filmstar in the industry, Michael Li. Many know him from his work in Pirates of the Caribbean: At World’s End, 24, Buffy the Vampire Slayer, World War Z, Men in Black 3, iCarly and many more.

“Kung Pow Movie was without a doubt one of the funniest martial arts films in history and to have someone like Steve and Michael here will be a special treat for fans,” notes Museum president Michael Matsuda. “Giving back to the community that supports you is very important and I want to thank Steve and Michael for doing that by making an appearance at the Museum.”