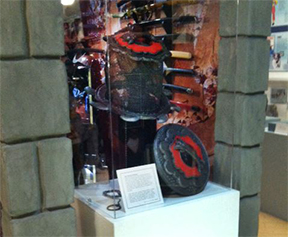 Burbank, CA – On October 10, 2015, the Martial Arts History Museum will be hosting an Open House for the public as they unveil a variety of new displays as part of the museum's continual push for “creativity,” “media,” and “history.” Michael Matsuda, president of the museum and former Walt Disney graphic artist, believes in the philosophy of learning in a fun environment. As a result, the museum stands alone as one of most creative small museums in America.

“I believe so strongly that when kids enjoy something fun, they will get a better grasp on learning. In this museum there is a lot to learn. Although smaller compared to the Natural History Museum, it takes a full hour to enjoy all the unique items we have on display. We tested the market as a traveling exhibit for nearly five years going all across the country and put up a variety of displays,” says Michael Matsuda. “By choosing the appropriate colors, special type sizes, uniquely designed pathways and adding videos, drawings, photographs in a “Disney” style and manner, the museum has become a requested place by many schools.”

Unveiling at their upcoming event will be the “Flying Guillotine” used in the upcoming film, Samurai Cop 2. In fact, the entire cast of the film will be there at 5 pm to meet and greet their fans. This is a wonderful opportunity to meet some amazing actors up close.

On that same evening, the Museum is scheduled to display the first of its venture into the world animatronics with the talking head of Lo Pan from the film, Big Trouble in Little China. Designed by Emmy-Award winner Paul Wee (of The Simpsons) and animatronic Halloween designer Bill Webber, the talking Lo Pan head will greet visitors coming in. “I loved how Disneyland has the skull in the Pirates ride saying 'dead men tell no tales' so I want to begin our first one with that. Then we will add just a few more to keep the kids coming again and again” adds Matsuda. 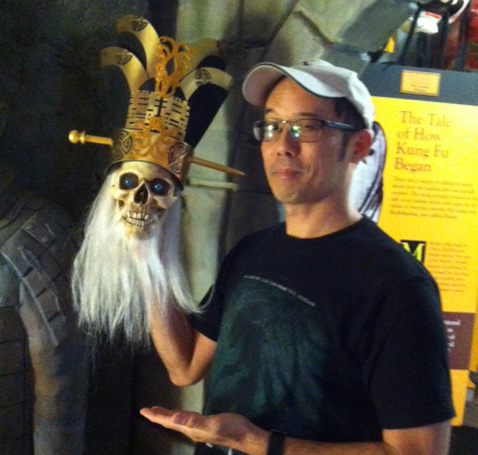 As an additional bonus, Eric Lee, called the “king of kata,” will be the Museum's special guest as he debuts his new BIOGRAPHY film for all to enjoy. This is a very unique film as martial arts icons go on screen to talk about this monumental pioneer. “Eric Lee is one of our martial arts treasures. He opened the door to Kung Fu in the tournament circuit and changed the martial arts forever. This is a rare honor to have him here to actually be available to answer questions about his film,” says Matsuda.

Being creative, having that imagination is what the Museum is built on. “I have always enjoyed what Disney has done and in fact, one of our greatest contributors is Alan Horn, president of the Walt Disney Company. The Museum hosts a lot of events from honoring some of the industry's greatest pioneers to workshops, people bringing in their samurai swords to get appraised, movie screenings and so much more. We even have our own convention held each year called Dragonfest,” notes Matsuda. “Funding is something that we really need to be able to expand. Our minds are not limited, our space is. We are experiencing growing pains and it is your donations that will help us grow.”

The Open House will be free to the public and the doors will open at 5 pm. The cast of Samurai Cop 2 will only be available from 5 pm to 5:15 so being prompt is critical. The unveiling of the animatronic head and other items will begin at 5:45 pm and screening will begin at 6 pm on October 10, 2015.