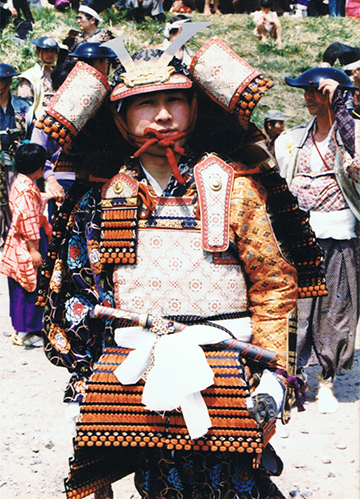 Burbank, CA – The Samurai, classical warriors of Japan, dominated Japan's military, political and social culture for almost a thousand years. Ferocious fighting men, they have become known as much for their “spirituality” as for their lethal combative capabilities. Dr. David Hall, author of the 544-page The Encyclopedia of Japanese Martial Arts, will be featured as their Guest Lecturer at the Martial Arts History Museum on Saturday, October 24, to discuss the training methods used by the samurai and how these methods have evolved over hundreds of years.

Dr. David Hall is a professor and Chair of Science at the Montgomery College in Maryland. He is an ordained Tendai Buddhist Priest. His religious training while living in Japan enabled him to complete his graduate research at U.C. Burkeley, earning a doctorate in Buddhist Studies with a related filed in Military history.

“Dr. Hall is one of the leading authorities on Japanese arts and the Samurai. His best selling book is continually used as a resource of accurate documentation of feudal Japan and its military history. Dr. Hall is being very generous to fly in for this lecture to provide an historical look at the classical samurai and the impact it has had on our history and the martial arts,” says museum president Michael Matsuda. “Dr. Hall will not only provide unique information, charts and photographs, but provide an actual demonstration of martial arts within the samurai community.”

The Encyclopedia of Japanese Martial Arts provides lineage charts, illustrations of martial accoutrements historical figures, rare documents and martial postures. It provides an in-depth insight into the arms, armor, philosophy, and fighting systems developed b the classical Japanese warrior. It sheds light on the historical and religious influences that shaped Japan's martial culture.

“Dr. Hall has been gracious enough to bring a number of books that people can purchase and he can personally sign for them,” adds Matsuda.

The samurai lecture will begin at 4 pm, ending at 6 pm and held at the museum. Cost of the event is only $10 and all questions are welcomed. Dr. Hall will also provide a physical demonstration of samurai methodology.