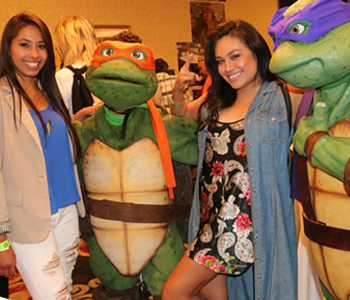 Coming this August 5, 2017 is the biggest and most popular martial arts expo on the West Coast, Dragonfest!!!  Celebrating its 14th year, Dragonfest has become a staple in the martial arts industry. Filled with dynamic cultural performances, the coolest martial arts celebrities, the greatest martial icons in the world and an almost unending vendor booths, this is an event you don’t want to miss.

Presented by the Martial Arts History Museum, Dragonfest is their biggest fundraiser of the year. “This is by far the most special event for the museum. This is our opportunity to raise a large amount of funds in order to relocate the museum to a larger facility,” says museum president Michael Matsuda.

Over the years, the Dragonfest has continued to grow by leaps and bounds. For the first time ever, Dragonfest will be held at a convention center; the Burbank Marriott Convention Center. With over 10,000 square feet of space, this will be the biggest expo ever!!!

This year, Eventbrite will be handling the tickets for the event. “We are very thrilled of the generosity of Eventbrite and this will help us significantly for ticket verification,” adds Matsuda.

As a special bonus, the Museum will be hosting a VIP Red Carpet event on Aug. 6, 2017. Held at the museum itself, fans will enjoy a day elbowing with the martial arts stars.

For ticket purchase and information, visit DragonfestExpo.com. Those purchasing their tickets early will be allowed into the museum around 10:30 am. Dragonfest is open 11 am to 6 pm.