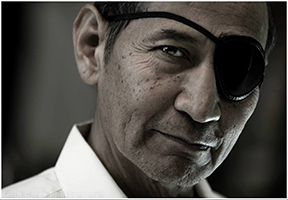 Burbank, CA – Mario Prado is considered one of the premier photographers in the martial arts industry. Former photo editor and cover photographer for Black Belt magazine, he will be hosting a special photo shoot Saturday, March 12 for the community and donate the proceeds to benefit the Martial Arts History Museum.

“The museum is something that is vital to the martial arts community. Without a museum, all that wonderful history and the sacrifices so many made will be lost,” says Prado. “I have had the honor of shooting some of the greatest martial arts masters in the world and without a place to keep that history, we will never see their image again. So, I feel donating my services is the least I can do and it is my hope by this example, others who have benefited from the martial arts will donate as well.”

The photo shoot will be open to the public and cost $50 for 20 minutes of shooting. It will be held at the Museum and begin at 11 am until 6 pm. It is a first come, first served basis. This is a cash only event.

“To have someone with the caliber as Mario Prado is a real event for the community. This would usually cost from $200 to $500 a shoot. I encourage all who want to update their photos, for actors, extras or just brag about having a photographer from Black Belt magazine shoot them, is real special,” says Michael Matsuda, museum president. “Giving back is never easy. I thank Mario for doing this.”

A CD will be complimentary supplied to each individual being shot by Prado.

The museum is the first of its kind in the world and opens the doors to history, art, culture and tradition. All designed by the artists of Disney, Dreamworks and The Simpsons, it is a fun and educational place for families to enjoy.