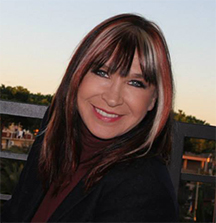 Burbank, CA – The Martial Arts History Museum in Burbank will be honoring the greatest tournament champion of all time, Cynthia Rothrock. Rothrock, called the “Queen of the Martial Arts” and “Queen of Martial Arts Films” will enjoy her day at the Museum with a special 2-hour ceremony honoring her life's achievements. The event will take place on Saturday, May 14 at 2 pm.

Rothrock emerged in the karate tournament circuit of the early 1980s and completely dominated both the forms and weapons divisions. Beating out the men in numerous occasions, Rothrock was the highest nationally rated competitor of all time and winner of countless grand championships.

In the mid 1980s, Rothrock was hand-picked to take the lead in a number of martial arts films in Hong Kong. From the China O'Brien series to Lady Dragon to Honor and Glory, she has appeared or starred in 57 films.

“When you look for actual martial arts legends, it all stops here at Cynthia Rothrock. She has not only earned her title as Queen of the martial arts through her unbeatable days in competition, but she has carried that spirit into the film industry and became a Queen for the second time,” says museum president Michael Matsuda. “It is an honor to celebrate her life and what she continues to do for all of us. Cynthia is a National Treasure and we are thrilled to have her here this weekend.”

Rothrock has continued her film career for nearly four decades with most of them in a starring or co-starring role. From her appearances on TV's Hercules to more recent films such as X-Treme Fighter, White Tiger and the Martial Arts Kid, Rothrock has inspired a new generation of martial arts superstars.

“Cynthia doesn't just stop, she keeps pushing as she conducts martial arts seminars all over the world several times a month. She had dedicated herself for improving the lives of those she touches and serves as an inspiration to young people and martial arts enthusiasts,” adds Matsuda.