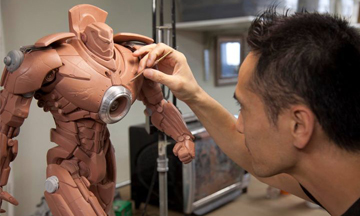 BURBANK, CA – The Martial Arts History Museum is proud to display the master works of Japanese FX giant and Emmy Award Winner, Hiroshi Katagiri this Aug. 1 from 6 pm to 9 pm in a free event at the Museum.

Hiroshi Katagiri has become one of the top artists in the field of special effects makeup. As one of the most respected and highly sought out character designers, his work appears as central part of many blockbuster hits such as PACIFIC RIM, PIRATES OF THE CARRIBEAN ON STRANGER TIDES, A.I. WOLVERINE, and WAR OF THE WORLDS. He has helped to realize the visions of a number of acclaimed “A class” directors. These collaborations include Steven Spielberg, Rob Marshal, Guillermo del Toro, and Sam Raimi to name a few.

The Martial Arts History Museum is a timeline of Asian art, history, culture and tradition. “Movies and special effects are a big part of martial arts history. From Japanese anime to today’s horror and action films, it all plays a role in our history,” says Museum President Michael Matsuda. “Hiroshi is one of the most respected special effects artists and sculptors in the business. It will be a thrill to have his work on display.”

The “Works of Hiroshi Katagiri” will be on display for just the one evening. Visitors will have the opportunity to meet Katagiri in person, see his works, purchase the release of his new book and he will also be discussing his new film, “Gehenna.” 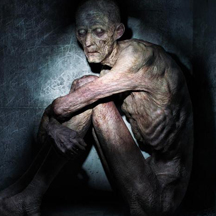 Gehenna is a Japanese horror film focusing on a long abandoned Japanese military base from WW2. It is a film that will keep you on the edge of your seat and scare you to death. Katagiri has released two other short horror films and is now in the production phase of his first feature length, Gehenna. The Museum will be showing a finished preview of the film for all to enjoy and discuss with Katagiri. For information on Hiroshi Katagiri’s new film, visit https://www.kickstarter.com/projects/1327284950/gehenna

This special exhibit is free to the public and begins at 6 pm at the Martial Arts History Museum, 2319 W. Magnolia Blvd., Burbank, CA. MAmuseum.com. For information on Hiroshi Katagiri, visit http://hunterkillerstudio.com/index.html.