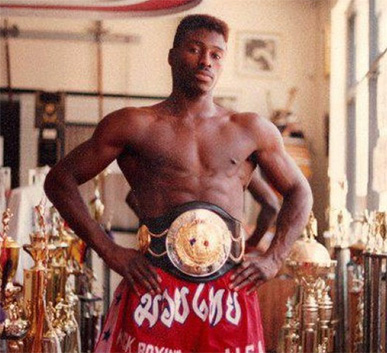 Burbank, CA – Kickboxing great, Peter “Sugarfoot” Cunningham is to be honored and inducted into the Martial Arts History Museum's Hall of Fame this Saturday, April 2 at the Museum in Burbank, CA.

Cunningham is considered by many as one of the greatest full contact karate fighters of all time. An eight-time, undefeated World Champion Kickboxer, he has been referred to as the arts' greatest martial arts technician.

Paul Maslak, former head of the Star Rating System, notes that Peter is “probably the greatest technician in the history of kickboxing.”

“Peter Cunningham has an undefeated record in 51 fights, which is amazing. He is the one responsible for carrying the torch of kickboxing from the 1980s to the 1990s. He kept the art alive which is today now called MMA,” notes museum president Michael Matsuda.

This Saturday, Cunningham will be honored as “Peter Cunningham Day,” but will also serve as his formal induction into the Museum's Hall of Fame. The only official Hall recognized by the Museum. “Being part of such a prestigious club as the Hall of Fame is a huge accomplishment. Although there are many halls out there, this is the only one that recognizes historical achievements in the arts. Peter changed history,” notes Matsuda.

For information on the Martial Arts History Museum's Hall of Fame, you can refer to their official records noted on both their website and on their two Hall of Fame books noted here: http://martialartsmuseum.com/museum-store/