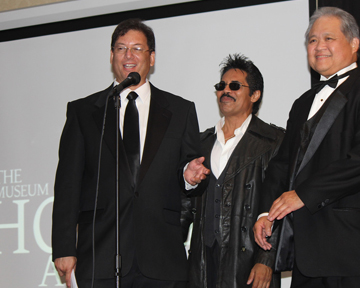 BURBANK, CA – It's one of the best kept secrets in American history and the world's first Museum dedicated to the martial arts. It's the Martial Arts History Museum which is set to celebrate their 15 year Anniversary at a dinner gala in Los Angeles this Sept. 6.

The dinner ceremony which will be held at the Holiday Inn Grand Ballroom, plans to celebrate the impact of the Museum as well as honor a number of dignitaries of the martial arts community.

The Museum, which began in Sept. of 1999, toured the country as a traveling exhibit for nearly a decade before planting its roots in Burbank, Ca. “The Museum is not just about the punch and kick, but it is rather a cultural and educational facility teaching young people how Asian forms of martial arts made a significant impact within each Asian country and how tradition became part of American history,” says Museum president Michael Matsuda. “This is a learning environment for all kids to enjoy and it plays a role in developing an understanding of diverse cultures.”

Divided into the countries of China, Japan, Korea, the Philippines, Thailand and the Pacific Islands, the Museum promotes a variety of timelines on Asian/American history, Anime history and the impact of martial arts in film and television.

“The Museum is a wonderful place for learning how Asian history became part of American history. Kids are able to get a better understanding of their own history,” notes school teacher Stacey Byham.

Michael Matsuda, a former magazine publisher who founded the Museum, will provide a special presentation of the Museum's 15 years of existence and the roadblocks they faced along the way.

“Establishing the Museum has not been an easy road. Unless people visit the Museum, they have a difficult time understanding how a Martial Arts Museum can open the doors to Asian culture and American history. So even though we are a 501c3 non-profit, we have a lot of hesitation on acquiring grants or attention from philanthropists,” says Matsuda. “It is my hope that all those who have benefited greatly from the martial arts will give back by giving to the Museum. Celebrating 15 years should be a sign to all that the Museum is here to stay.”

For information on the Martial Arts History Museum, visit their website at www.Mamuseum.com or call (818) 478-1722.