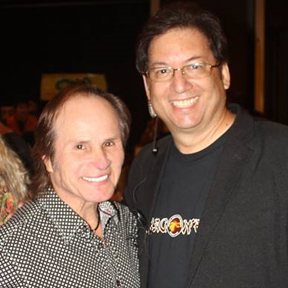 Burbank, CA – From Sept. 15 until October 15, Americans set this time aside to observe National Hispanic Heritage Month celebrating the culture, art, history and the positive contributions Hispanics have made into Western society. Although the anniversary of independence for many Latin countries is mostly recognized, one must also acknowledge the impact of the Latin community in playing a pivotal role in opening and spreading the doors of the martial arts from Asian to America. The Martial Arts History Museum, the only one of its kind in the world, enlightens visitors of the influence of the Latin artists in launching the arts throughout the world.

The Latin Connection
Even though the martial arts is thousands upon thousands of years old, it didn't take its first step on American soil until the last 150 years. However, it wasn't until the mid 1940s that Asian forms of martial arts gained recognition in the eyes of the American public. In 1945, an Hispanic serviceman named Robert Trias became the first non-Asian to open a commercial karate school in America.

“The roots of the martial arts is primarily all traced back to Eastern countries such as China, Japan, and more. When the arts started coming to America, it gained very little recognition. In fact, there are many newspaper clippings of Japanese martial arts demonstrations in the late 1880s. But it wasn't until the American public, in this case the Hispanic public, that brought Western recognition to the arts,” points out Museum president Michael Matsuda. “Very few people, especially the Latin community, realize the important role Hispanics played in changing the American landscape.”

Today, the Ultimate Fighting Championship, is considered one of the most popular forms of fighting in the ring and on television. The roots of mixed martial arts, however, actually extend back to the early 1970s when full-contact karate was introduced. A failing venture in the beginning, it was Benny Urquidez, a martial artist of Mexican heritage, that saved the art and became not only full-contact karate's biggest advocate, but became the greatest champion of all time. It was Urquidez who played the primary role in opening the doors to kickboxing which later evolved into mixed martial arts.

In the mid 1970s, it was Graciela Casillas who paved the way into becoming the first and most notable full-contact karate champion for women across America. In 1988, when the Korean art of Tae Kwon Do was introduced into the Olympic Games in Korea, it was Arlene Limas, a woman of Mexican roots, that became the very first Olympic Gold Medal winner in a country in which Tae Kwon Do was created.

In the late 1990s, fight choreographer Art Camacho became the first martial arts film director and in 1999, Michael (Gonzalez) Matsuda establishes the world's first museum dedicated to the history of the martial arts.

In 2008, the Lopez family becomes known as the first family of the Olympics as they win a string of Olympic medals in Tae Kwon Do in a number of Olympic events.

“It is these positive influences of the Hispanic community that have made such a notable impact that helped launch the martial arts throughout the world,” says Matsuda.

Through a variety of timelines and photographic displays, the Martial Arts History Museum provides a place for all to enjoy the history of the arts.