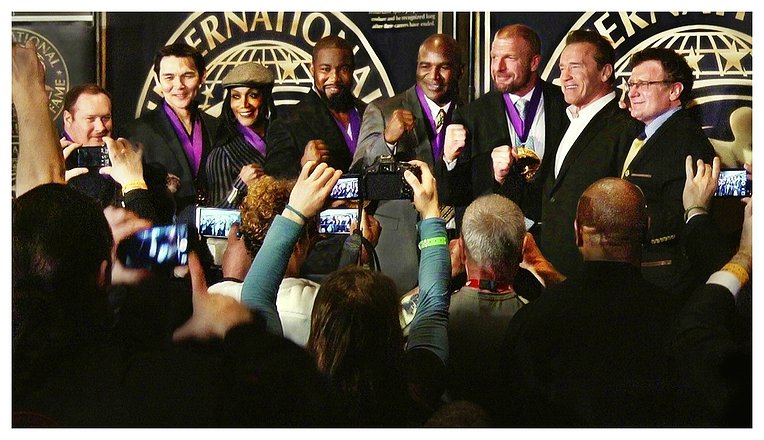 Dr. Robert M. Goldman is considered by many as the Guru of Anti-Aging medicine and a pioneer in sports fitness and developments. A founder of the American Academy of Anti-Aging Medicine (A4M), he has been one of sports’ greatest advocates for promoting well-being and physical fitness. This June 13 at 4 pm, the Martial Arts HIstory Museum will honor Dr. Goldman with a tribute to his life's work and accomplishments and its impact on the martial arts world.

Dr. Robert Goldman has been one of America's biggest advocates for physical fitness. He has made and broke numerous fitness records and has been listed in the Guinness Book of World Records for many achievements including 13,500 consecutive sit-ups and 321 consecutive handstand pushups. A black belt in karate and a Chinese weapons expert, he has pioneered over 20 world strength records.

A fellow of the American Academy of Sports Physicians and Board Diplomat in Sports Medicine, he is also board certified in Anti-Aging medicine.

Some of his awards include the Gold Medal for Science, the Grand Prize for Medicine Award, the Humanitarian Award and the Business development Award. In 2001, he was also awarded by the International Olympic Committee, “the Tribute Diploma” for his contributions in the development of Sports and Olympism.

An all-college athlete in four sports, he has continued to be a major figure in physical fitness by founding and introducing the International Sports Hall of Fame.

In addition to overseeing Research and Development Programs for such organizations as the American National Red Cross, NASA, the Department of Defense and many more, has is one of the executive producers for “The Martial Arts Kid,” a film promoting anti-bullying. A contributor to the Martial Arts History Museum, he has became a major part of the martial arts community.

Please join us as we honor Dr. Robert M. Goldman for making a notable impact in the martial arts industry and opening new doors for growth.

"We are the only museum of its kind in the world and through donations and memberships, we are able to host these types of events to honor the martial arts world and keep the history of the arts alive for this and future generations," says museum president Michael Matsuda. "Physical fitness plays a huge role in today's society and honoring someone who has devoted himself to improving our well-being should be honored. Dr. Goldman has been kind enough to foot the bill for the entire evening but please do not hesitate to open your pocketbooks to support the Museum and help us continue reaching our youth."