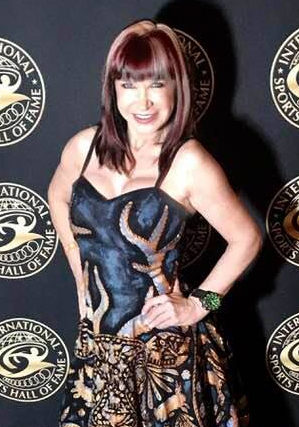 Burbank, CA – In an effort to support the expansion of the Martial Arts History Museum, film star and five-time martial arts world champion Cynthia Rothrock has launched a YouTube Campaign to donate funds to support the museum.

Dubbed the “Queen of the Martial Arts,” Rothrock has established a designated YouTube Channel in which a percentage of all funds received from her video posts will benefit the museum as they pursue to relocate to a larger facility.

Rothrock has appeared and starred in nearly 60 films, most notably from the China O'Brien series to X-Treme Fighter to such tv shows as Hercules.

“Having a museum for the martial arts ensures that the legacy of so many champions, legends and pioneers won’t be forgotten. I have launched this campaign to encourage others to join me either through viewing the videos or establishing their own channel to support the museum,” notes Rothrock.

“One of the great ways of acquiring funds through the internet is with YouTube. Through viewership and subscriptions, many of those having a qualified YouTube Channel are able to accumulate funds on a continual basis. Having such a celebrity as Cynthia Rothrock is amazing and she is being so generous as to donate a portion of those funds to the museum,” says museum president Michael Matsuda.

Rothrock’s YouTube Channel, which began this month, is providing the public with a host of unique and interesting videos for all to enjoy. From Extreme Adventures such as hang gliding to fitness, workouts and martial arts training to action movie scenes to her many global travel adventures to her personal life.

“I have a lot of fans that have followed me through my films or my martial arts career and having this YouTube Channel will provide them with a closer insight into my life and career,” adds Rothrock.

The Martial Arts History Museum, the only one of its kind in the world, is a fun and exciting place for visitors to learn about martial arts art, history and culture and its impact on American history. It is a non-profit 501(c)(3) organization and is fully supported by donations and visitations.

“One of our biggest needs for the museum is the installation of a theater. We host a lot of movie premieres and documentaries and we have such a limited space at the museum, we have to limit the amount of visitors for special events. A theater would open the doors to cultural performances, Q&A sessions, discussions and more. Having such a celebrity as Cynthia Rothrock support the museum in this fashion may encourage others to help as well,” adds Matsuda.