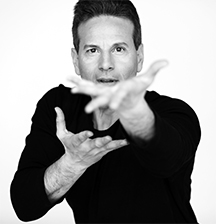 Burbank, CA - Sifu Matthew, Kung Fu Master, world-renowned healer, and founder of The Martial Arts of Wellness, will be attending Dragonfest from August 25-26, 2018 at the Burbank Pickwick Gardens Convention Center where he will have a booth both days of the event to answer questions and will be doing live healing demonstrations on Sunday, August 26th.

The 14 Annual Dragonfest expo is without a doubt, the most popular martial arts expo in the nation and is filled with celebrities, vendor booths, cultural performances and demonstrations. This year, the expo will be extended to a second day which will includes seminars and workshops. “We are thrilled to have Sifu Matthew at this year’s convention. He will be conducting mini-seminars on Saturday with an hour workshop on Sunday,” says president of the Martial Arts History Museum. The museum is the host of the event.

Sifu Matthew has mastered the understanding of the electromagnetic forces of the body in relation to wellness, healing, pain, addiction recovery, and performance. He is known for his ability to regenerate body tissues, ligaments and bones to rapidly activate the healing process. His groundbreaking work includes dissolving arthritis, preventing numerous degenerative conditions from surgery, and regenerating dog’s hips. He has healed and trained many thousands, including, Hollywood Celebrities, A-level executives, professional athletes, and veterans.

The Martial Arts of Wellness (MAOW) is based on Sifu Matthew’s 43 years of experience in martial arts, which awakened him to his ability to understand healing forces. Sifu Matthew suffered several major chronic debilitating injuries, some of which included: bone spurs, a severed nerve, a shattered finger that was predicted to have impinged movement, and a host of other conditions that previously did respond to traditional or alternative medicines. With his unique understanding of body electricity, position, and direction, Sifu Matthew was able to heal all of his injuries.

Using his mastery of force manipulation, Sifu Matthew has helped others heal their bodies from conditions that were non-responsive to western medicine. Sifu formed those principles into a system that would help others master their own forces for superior health, performance, and wellness through engaging the power of electromagnetic forces in one’s self and their surrounding atmosphere.

Dragonfest is a charity event with 100% of the proceeds going to the Martial Arts History Museum.

For information about the expo, visit http://www.dragonfest.com.