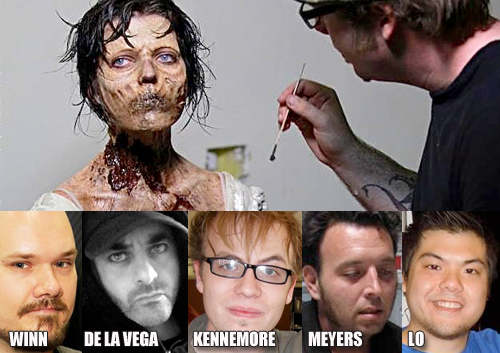 BURBANK, CA – FX artists, creature makers, zombie make-up artist and more will be part of this year’s Museum DRAGONFEST convention which will be held on May 18 in Burbank.

Many of these established masters of the arts have had their work appear on numerous films, TV shows and more. Others have been featured at such unique events as Monsterpalooza, Son of Monsterpalooza and many more.

“These are some of the great artists that have made an impact on America. And now, there are coming to Dragonfest so everyone will have an opportunity to see their work and meet them in person,” says Martial Arts History Museum president Michael Matsuda.

The Dragonfest convention is the largest martial arts convention on the West Coast. It not only features martial arts celebrities such as Cynthia Rothrock, James Hong, Art Camacho, Doug Wong, etc., but it focuses on the theme of the Museum: Art, History, Culture, Film and of course, Special Effects.

For information about the Museum’s DRAGONFEST CONVENTION, please visit MuseumDragonfest.com or contact them at the Martial Arts History Museum, 2319 W. Magnolia Blvd., Burbank, CA 91506.  The Museum is a non-profit 501(c)(3) organization (MAmuseum.com).